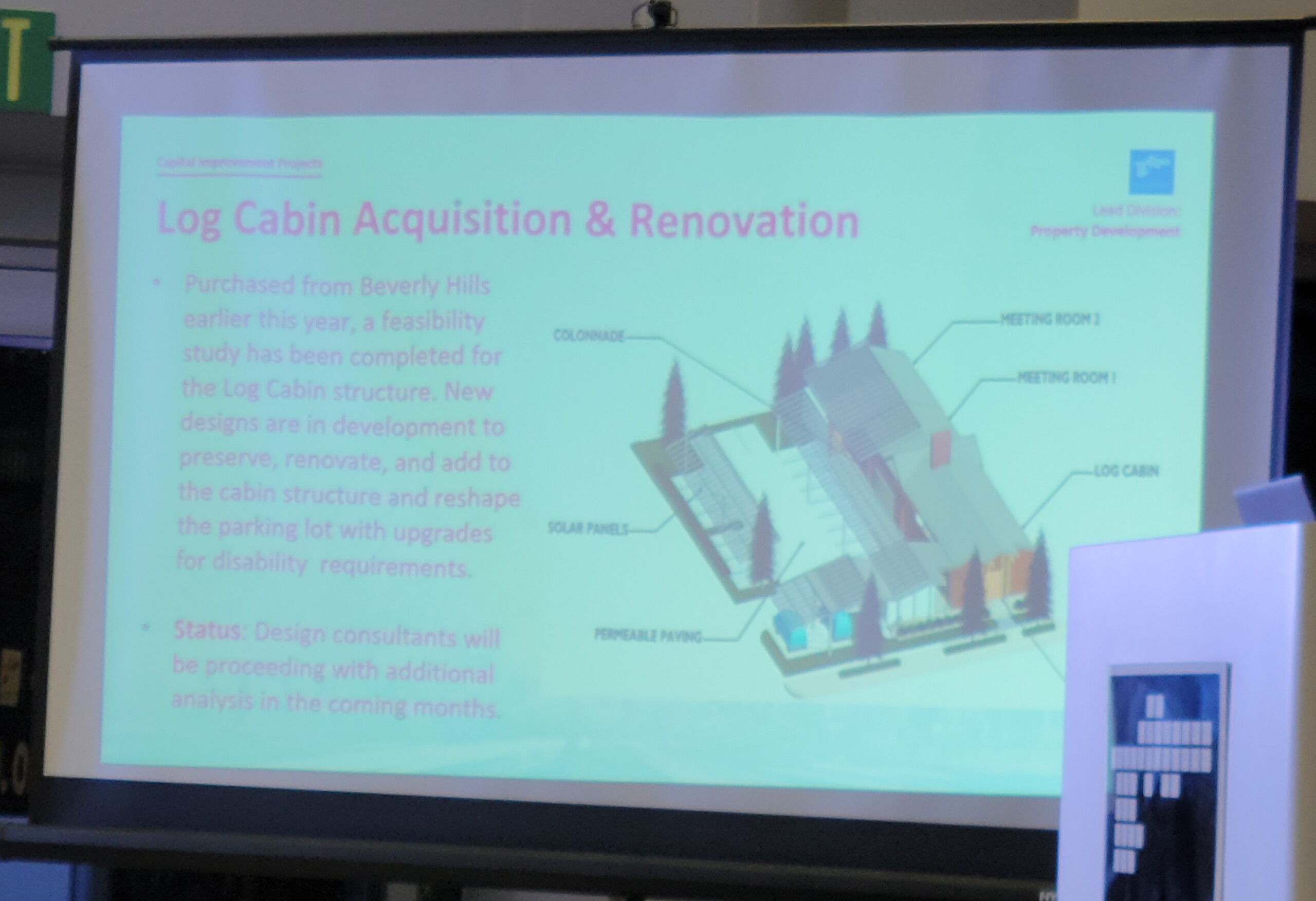 As part of the City of West Hollywood’s 38th Birthday Celebration on Tuesday, November 29, City Manager David Wilson and Assistant City Manager Oscar Delgado spoke to the audience of about 175 residents, city councilmembers, appointed city commissioners, and city staff about the state of the community and presented an update on several capital improvement projects the city has invested in.

Wilson began with some reflections on how city management was thinking when life began to shut down in March 2020. “We knew at that time it was not going to be a short-term pandemic; it was going to mean a long-term impact for the city,” he said. “So we talked about issuing bonds to pay for capital projects and things we had planned. We talked about cutting department budgets 20 percent across the board; we talked about a sales tax initiative to help make up for the revenues we’d be losing. Those are all things the city council at the time and this community supported and helped us to get back and recover a lot quicker than most cities have throughout the nation and throughout the world.”

Wilson acknowledged deficits of $15 Million in both 2020 and 2021 but said the city was fortunate to have a prudent reserve equal to one full year of the operating budget. He also said this year’s expected $144 Million in revenue is the most the city has collected in its 38-year history. That should result in a $30 Million surplus.

“So, how are we going to spend all that money, one may ask?” offered Wilson. One thing is a new safety and well-being strategy that the city embarked on this year. It will also include a five-year plan to address homelessness. As part of that, the city will be partnering with Ascencia Homeless Services out of Glendale, an organization that will dispatch case managers and other street team resources to help people on the ground who are experiencing homelessness and suffering substance abuse.

Delgado then outlined a number of capital improvement projects that are underway or will be breaking ground in the coming months. He spoke of the difficulty the city faced a few years ago in being able to bring ideas and needs to fruition and the two things the city did about it. First, he says, the city created the Urban Design and Architectural Studio Division, or “UDAS,” in 2019. Second, they formed the Property Development Division. Delgado credits both with increasing the city’s capacity to develop projects.

Then, using a number of dynamic slides, he outlined several ambitious projects, including (and now quoting Delgado’s slides):

Photo by the Author