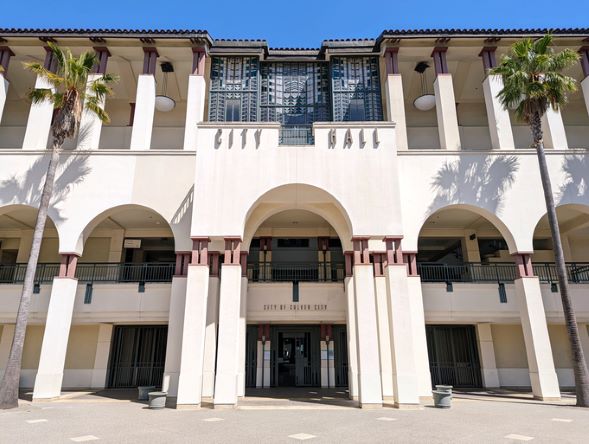 Culver City is changing, and for the better. Gone are the days when cranks like Steve Rose had a stranglehold on business and civic affairs, and the city tried to maintain a veneer of the sheer whiteness of decades past. The city is rich in diversity and is now more regularly electing diverse leaders. Its city council is taking a progressive tack in encouraging a lot of affordable housing development, making the city friendlier and safer for cyclists and pedestrians, adopting a rent control system, beginning to reimagine policing, ending dangerous oil drilling, and even working toward a policy on reparations for African Americans. Engaged students are fighting for their right to vote in city and school board elections, and have put the issue to voters this year.

To some, this growing, evolving Culver City is a horror show. They want to return to a time when the Chamber of Commerce and landlords ran the city, students weren’t demanding more enlightened representation, and they could keep fighting off more housing to keep things just like they are. We believe it’s time for those Culver City residents to adapt, and, if possible, come to embrace a more inclusive, progressive city. We believe first-term incumbent Alex Fisch deserves re-election for a terrific four-year start in pushing Culver City further in this direction. We also believe you should support a progressive leader in Freddy Puza to help do so as well.

Mr. Fisch, an attorney, has shown great courage, facing down a failed recall effort aimed at him and Mayor Daniel Lee for having the temerity to see the housing crisis for what it is – one of low supply – and speak openly to the public about the need to build a lot more housing units. I think the fact that he conducts himself like someone unafraid to lose is one of the things we admire most about him. He has made his positions clear, and hopes most Culver City residents agree with him, but knows he’s frustrating thousands still caught in the past. He knows who he is and what he believes in.

In part through his leadership on the city council, the city has purchased two motels that they will convert to permanent supportive housing, and will continue to look for human solutions to our homeless crisis like increasing the number of mobile crisis teams that work separately from the police department. He joined the council majority in moving the city to inclusionary zoning, which encourages the development of affordable housing in low-poverty neighborhoods. That’s driving the old-timers nuts! He’s helped make things happen through good relationships with Culver City’s leaders in Sacramento that have allowed him to bring real dollars home from the state capitol. He’s also built up good relationships with other municipal leaders through his representation of the city with the Westside Cities Council of Governments and important committee work through the Southern California Association of Governments.

Mr. Puza, who is head of community relations at Loyola Marymount University (LMU), has served on the city’s Committee on Homelessness and the all-important General Plan Advisory Committee. If elected, he would be Culver City’s first openly LGBTQ councilmember, which is something we find important, because representation matters. The priorities he’s running on are finding humane solutions to homelessness, building a greater affordable housing stock recognizing that Culver City – like most Westside cities – hasn’t been building the housing we need over the years. He supports finding more transportation services and solutions outside of our cars and believes one of the best ways the public can be kept safe and protected is by investing in the community. We are also convinced he’ll be a terrific councilmember on sustainability issues and the local environment.

Puza wants to ensure a city budget that’s stronger on equity and inclusion and wants stronger ties with neighboring cities. We like that he speaks to a commitment to civil discourse and hearing out all residents.

We tried reaching other candidates in this campaign but have not heard back. However, we don’t think we would have been inclined to endorse candidates Dan O’Brien and Denice Renteria, as they are supported by the old-thinking council minority, business, and real estate interests.

Lopez vs. Lopez — George Lopez and Selenis Leyva on Their New Show